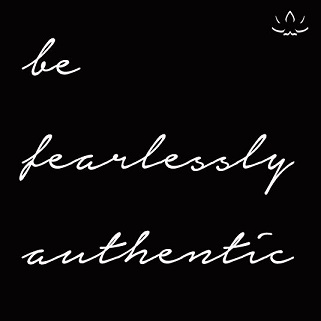 What a question! I had to ask myself this after reading an article on EQ (emotional intelligence), which was actually a discussion on what it means to be genuine – or as I like to call it, being authentic. It was written by Travis Bradberry,  co-founder of  TalentSmart, and co-author of Emotional Intelligence 2.0.

It’s not enough, says their research, to just go through the motions to demonstrate qualities associated with EQ, you have to be genuine — authentic.

This word, authentic, appeared in my mind about the time my spiritual journey to becoming conscious began. At that time I didn’t have a clue what being authentic meant – no wonder, because I wasn’t — I just knew I wanted to be. As I read the listed qualities I realize being authentic continues to be on my to-do list.

What I like is this list motivates me to take an honest look at where I am vs where I would like to be. It is a great to-do list that I find inspiring. It makes me to want to grow and be more. Of course I just have to share this with you and offer you this same opportunity.

Feeling courageous? Let’s go for it.

1. Genuine people don’t try to make people like them

Genuine people are who they are. They know that some people will like them, and some won’t. And they’re okay with that. Since genuine people aren’t desperate for attention, they don’t try to show off.

Genuine people are open-minded, which makes them approachable and interesting to others. They eliminate preconceived notions and judgment through seeing the world through other people’s eyes. This doesn’t mean they condone their behavior; it simply means they quit passing judgment long enough to understand what makes them tick.

3. They forge their own paths

Genuine people don’t derive their sense of pleasure and satisfaction from the opinions of others. Their direction comes from within, from their own principles and values. They do what they believe to be the right thing, and they’re not swayed by the fact that somebody might not like it.

They want you to do well more than anything else because they’re team players. They are confident enough to never worry that your success might make them look bad. In fact, they believe that your success is their success.

5. They treat EVERYONE with respect

Genuine people treat everyone with respect because they believe they’re no better than anyone else.

6. They aren’t motivated by material things

Their happiness comes from within, as well as from the simpler pleasures—such as friends, family, and a sense of purpose—that make life rich.

Genuine people mean what they say, and if they make a commitment, they keep it.

Genuine people have a strong enough sense of self that they don’t go around seeing offense that isn’t there. They’re able to objectively evaluate negative and constructive feedback, accept what works, put it into practice, and leave the rest of it behind without developing hard feelings.

9. They put away their phones

Genuine people create connection and find depth even in short, everyday conversations. When genuine people commit to a conversation, they focus all of their energy on the conversation. Their genuine interest in other people makes it easy for them to ask good questions and relate what they’re told to other important facets of the speaker’s life.

Genuine people don’t make decisions based on their egos because they don’t need the admiration of others in order to feel good about themselves. They simply do what needs to be done without saying, “Hey, look at me!”

Genuine people practice what they preach. They don’t tell you to do one thing and then do the opposite themselves. That’s largely due to their self-awareness.

They’re confident in their accomplishments, but they also realize that when you truly do something that matters, it stands on its own merits, regardless of how many people notice or appreciate it. 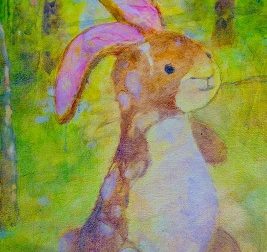 As I am writing this my mind keeps going to “The Velveteen Rabbit,” the favorite children’s story which is all about being real and about being loved.  That makes sense to me, for isn’t that really what being authentic and these 12 qualities are all about? 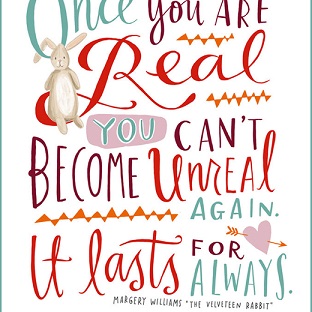